Molecular mechanism of transactivation by Myc in Drosophila

The transcription factor Myc was initially identified as a potent proto-oncogene in vertebrates. Later it was shown to control a variety of physiological processes during normal development, most notably cellular growth and proliferation. These different activities of Myc can be largely explained by the nature of its transcriptional targets that have been identified in recent years (e.g. Hulf et al. 2005). Much less is known, however, about the molecular mechanisms how Myc controls the expression of these targets in vivo.

We are using a two-pronged approach to molecularly dissect these mechanisms in Drosophila melanogaster. On one hand we are investigating the functions of fly homologs of proteins that have been identified in vertebrates as “Myc interacting factors”. In one such study, we have dissected the contribution of a protein called Max to Myc-dependent activities (Steiger et al. 2008). In contradiction to the prevailing view that Max is required for all of Myc’s functions, we could show that Myc retains considerable activity even in the complete absence of Max. In particular, Myc was shown not to depend on Max for the activation of RNA-coding genes transcribed by RNA polymerase III. As a consequence, flies carrying a null-mutation in Max fare much better than Myc-mutant animals, and a large fraction of Max-mutants develops to the pharate adult stage. These results raise the question as to how Myc controls RNA polymerase III, and which other processes do not require association with Max.

On the other hand, we have carried out a tissue-culture based RNAi screen for novel co-factors that are functionally required for Myc-dependent transcription. We identified 33 such proteins. One of these factors called “Host Cell Factor” (dHCF) has been analysed in greater detail (Furrer et al. 2010). We could show that dHCF associates with Myc to control the expression of Myc targets in tissue culture cells. This interaction is reflected by a strong genetic interaction with Myc in vivo, such that Myc-induced overgrowth is largely abrogated by knock-down of dHCF. These data indicate that dHCF is a novel transcriptional co-factor for Myc, and that our genetic screen is succesfull in finding relevant Myc partners. In our ongoing research we are focussing on additional transcriptional co-factors identified in this screen, expecting that this research will elucidate the mechanism by which Myc activates the expression of its target genes. 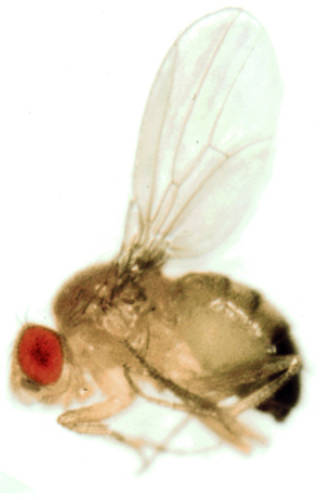