An unusual rhodopsin in Drosophila and other insects

Pingkalai Senthilan and Charlotte Förster conducted a phylogenetic analysis on the gene for rhodopsin 7, an unusual rhodopsin which the two found to form a separate group from the other known insect rhodopsins. 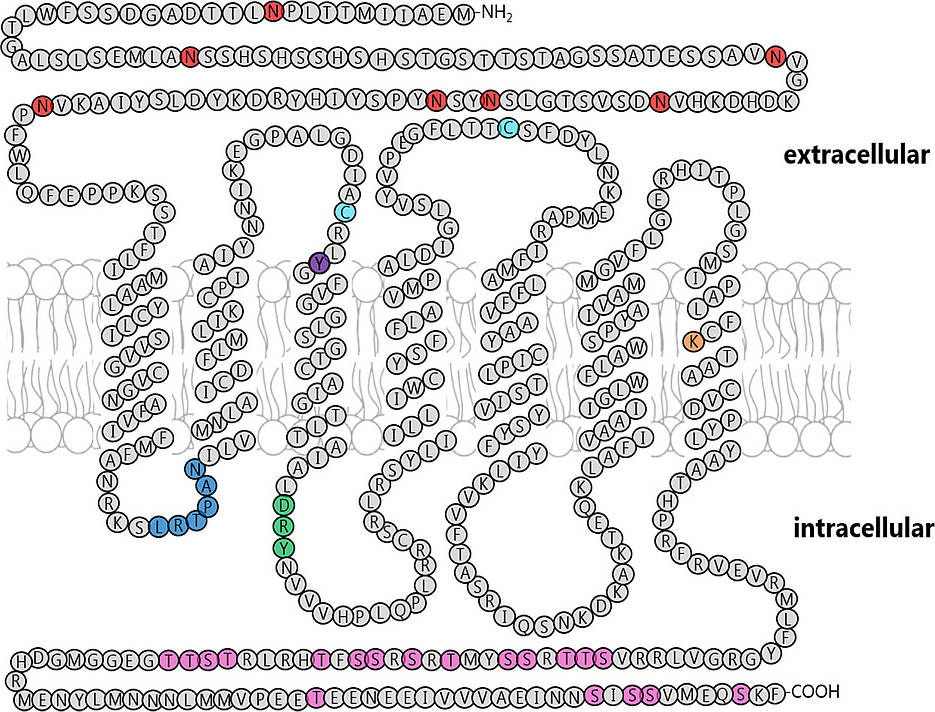 Rhodopsins are the major photopigments in the fruit fly Drosophila melanogaster. Drosophila express six well-characterized Rhodopsins (Rh1–Rh6) with distinct absorption maxima and expression pattern. In 2000, when the Drosophila genome was published, a novel Rhodopsin gene was discovered: Rhodopsin 7 (Rh7). Rh7 is highly conserved among the Drosophila genus and is also found in other arthropods. Phylogenetic trees based on protein sequences suggest that the seven Drosophila Rhodopsins cluster in three different groups. While Rh1, Rh2 and Rh6 form a “vertebrate-melanopsin-type”–cluster, and Rh3, Rh4 and Rh5 form an “insecttype”-Rhodopsin cluster, Rh7 seem to form its own cluster. Although Rh7 has nearly all important features of a functional Rhodopsin, it differs from other Rhodopsins in its genomic and structural properties, suggesting it might have an overall different role than other known Rhodopsins.