Why the flounder is flat

Scientists have long been puzzled by the flounder's asymmetrical physiology. The mechanism that triggers the unusual asymmetry has now been identified by comparing the genomes of two related fish species. 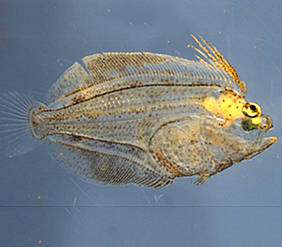 Symmetric larva, just before metamorphosis and ...

Flatfish are some of the most unusual vertebrate animals on our planet. They start out their life fully symmetrical, like any other fish, but undergo a spectacular metamorphosis where the symmetric larva is transformed into an asymmetric juvenile whose eyes end up on one side of the head.

As they relocate from open water to live and feed on the seabed, a second change occurs: The flounder's downward-facing side loses its skin pigment. These transformations require the flatfish do undergo radical change, both in physiology and behavior.

A mystery for Darwin already

The puzzle of how these changes could occur in the course of evolution has been intriguing scientists for a long time. Even Darwin was at a loss to explain the "remarkable peculiarity" of flatfish anatomy. An international team of researchers has now unlocked the decisive mechanisms driving the metamorphosis.

The team was led by biochemist Manfred Schartl, Head of the Department for Physiological Chemistry at the University of Würzburg's Biocenter, with his former Würzburg student and co-worker Songlin Chen from the Yellow Sea Fisheries Research Institute in China. The scientists have published their findings in the current issue of the journal Nature Genetics.

"We recently sequenced the genome of both the Japanese flounder (Paralichthys olivaceus) and its distant relative, the tongue sole (Cynoglossus semilaevis)," Manfred Schartl explains. The comparison of the two genomes delivered the clue about the genetic bases of the radical physiological changes.

Focusing on the genes that were active during the metamorphosis, the scientists identified a key developmental trigger: retinoic acid. "Retinoic acid is responsible for the changes in skin pigments in flounders and interacts with a thyroid hormone that causes both eyes to migrate to one half of the body," Schartl sums up the central results of their work.

Light also plays a central role in this process as the researchers were surprised to find out during their work. They discovered that the same pigments that capture light in the eye are expressed in the skin of the flounder larvae. "They sense differences in brightness to adjust the concentration of retinoic acid," Schartl says. This in turn affects the thyroid hormone and promotes asymmetry generation.

Benefits for the fishing industry

Scientists of various research institutes in China participated in the study. They received financial support among others from the Chinese Ministry of Agriculture. In addition to scientific reasons, this has an economic background: Flounders are highly priced food fish and accordingly expensive. To meet the increasing demand, China operates huge fish farms that produce more than half of the world's farmed fish.

However, failures in metamorphosis are a frequent problem in flounder aquaculture accounting for many millions of dollars of losses in production.

Understanding how these unique creatures develop not only solves a long-standing evolutionary puzzle, it also serves the fishing industry and helps feed a continuously growing population. 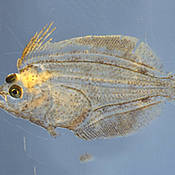 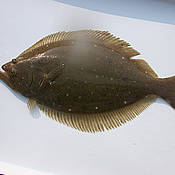