The effects of climate change are felt especially in the Alps. How capable are insects, which are important pollinators, of adjusting to this development? A new junior research group is looking into this question.

Our planet is getting warmer – and in the Alps this is happening at a particularly fast rate. "In the past 30 years, an increase of the average annual temperature of 1.6 degrees Celsius has been recorded in the northern Alps," says Dr. Alice Claßen; she is an ecologist at the Biocenter of the University of Würzburg. The average annual temperature on a global scale in comparison increased by "only" 0.8 degrees Celsius.

Pollinating insects such as wild bees, hoverflies and butterflies respond to such temperature changes. "The diversity of species and the composition of pollinator communities are changing along geographic temperature gradients such as a mountain side," the 34-year-old scientist says. But there is more: The pollination-relevant characteristics of the insects vary too, for example, the size or their level of specialization on certain flowers.

1.2 million euros from the Ministry of Science

Do such changes also occur if the temperature changes over time? Or are pollinators capable of adjusting to the rising temperatures? And what are the potential consequences for the Alpine ecosystems?

Alice Claßen and her new junior research group are tackling these questions. She receives 1.2 million euros worth of funding from the Bavarian State Ministry for Education, Science and the Arts for this purpose. Over the next five years, the money will benefit the Bavarian climate research network (bayKlif). The project is titled: "Does the climate change species? About the adaptability of pollinators in the Alpine region (ADAPT)".

The Würzburg researcher wants to compile historic specimens of dry preserved pollinators from alpine regions in Bavaria and compare them to current surveys in the Berchtesgaden National Park. "If we identify pollinator characteristics that show a particularly sensitive response to the temperature rise of the past years, we will be able to forecast the development of pollinator communities more accurately in the future and adopt selective measures to better support and protect affected groups of species and ecosystem functions," Claßen continues.

But the researchers have more items on their agenda for the next five years. For example, the ADAPT project will test the adaptability of pollinators to rising temperatures in differently managed mountain pastures also by means of experiments. For this purpose, the scientists plan to relocate bumblebee colonies at different altitudes in and outside of the Berchtesgaden National Park.

"We are currently developing a smart bumblebee hive for this purpose which will record the development and activity of the colony at different temperatures largely automated. This facilitates working in Alpine terrain. But whether the bumblebee queens will actually move into the hives remains to be seen," the team leader further.

The scientists also want to examine the molecular adaptation mechanisms in the insects. Are different genes active in bumblebees at higher altitudes than in the valley? Are the insects able to actively regulate their gene activity as temperatures rise?

To answer all these questions, Alice Claßen will put together a team in the next months: two doctoral students, one technical assistant and a postdoc later on. She is excited to receive funding from the ministry and she is looking forward to being able to work in the mountains again soon.

More Würzburg teams in the network

A kick-off meeting of the newly established Bavarian climate network will be held in the near future. The University of Würzburg will be represented by various members besides Alice Claßen: Prof. Dr. Ingolf Steffan-Dewenter, who holds the Chair of Animal Ecology and Tropical Biology (Zoology III); he will head a large joint project ("LandKlif") as part of the network among others with the Würzburg subproject leaders Prof. Dr. Jörg Müller and PD Dr. Thomas Hovestadt (both Zoology III) as well as PD Dr. Christopher Conrad and Dr. Martin Wegmann (Institute for Geography and Geology, Department of Remote Sensing). Juliano Sarmento Cabral is involved as the subproject leader of another joint project ("BLIZ"); he is Junior Professor for Ecosystems Modelling at the Department of Biology. 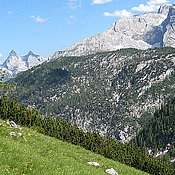 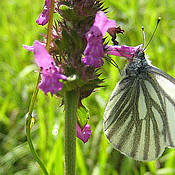 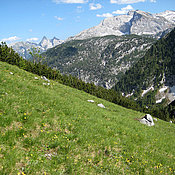 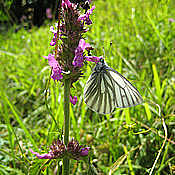