Land use in tropical mountain regions leads to considerable changes of biodiversity and ecological functions. The intensity of such changes is greatly affected by the climate.

Coffee agriculture in the highlands of Mount Kilimanjaro: Tropical mountains provide good insights into the impact of agriculture and climate on biodiversity. (Photo: Antonia Mayr / University of Würzburg)

2019 marks the 250th anniversary of Alexander von Humboldt. He was one of the first naturalists to document the distribution and adaptation of species on tropical mountains in the 19th century. Humboldt also observed that high mountains represent a microcosm of the earth's climate zones. Today, his scientific findings are more relevant than ever.

In a world threatened by climate change, tropical mountains are centers of biodiversity and as such they are important refugia for plants and animals. These organisms perform vital functions such as carbon storage, nutrient retention in soil, water supply, pollination and pest control. But tropical mountain regions are increasingly under threat by the spread of agriculture and overexploitation.

Nature publishes results of the study

"Until now it has been unclear how human land use affects the biodiversity and ecological functionality of tropical mountain ecosystems," says Marcell Peters from the Chair of Animal Ecology and Tropical Biology at Julius-Maximilians-Universität Würzburg (JMU) in Bavaria, Germany. Now an international team of researchers led by JMU scientists set out to study biodiversity as well as ecosystem functions in natural habitats and in habitats with different land-use intensities in all elevation zones on the southern slopes of Mount Kilimanjaro.

The results of the study have been published in Nature. It took the 50 researchers from 30 universities and research institutes in Germany, Tanzania, Switzerland, Denmark and South Africa six years to collect the data.

About land use on Kilimanjaro

At 5,895 meters, Mount Kilimanjaro is the highest mountain in Africa and home to a rich abundance of plant and animal species. The climatic conditions change with elevation as do the plant and animal species that live there. Maize is the most widely grown crop in the foothill area. At higher elevations, farmers cultivate mixed systems of coffee and forest or grassland for livestock grazing.

The research team studied species richness of plants, animals and microorganisms as well as ecosystem functions like soil nutrient contents, pollination and leaf decomposition at elevations between 850 and 4,550 meters. "The present study is unique in terms of the number of recorded species groups and ecological functions, the number of studied sites and the elevation gradient from tropical savanna to Afroalpine ecosystems," says Professor Ingolf Steffan-Dewenter who initiated the study.

Different interactions between climate and land use

The results show that land use leads to a significant loss of biodiversity and alters the ecosystem functions of tropical mountains. The intensity of these changes varies in different elevation zones.

"In the savanna zone at the foot of the mountain, up to 50 percent of species are lost even when land use is moderate and the functionality of ecosystems exhibits significant changes. In contrast, the ecosystems at medium elevations with a moderate climate are slightly more robust," Peters explains. He says that although biological communities still suffer major changes, the overall biodiversity and ecological functionality are less severely affected than in the savanna areas at the foothills of Kilimanjaro.

"Our study shows that the impact of land use on the biodiversity and functionality of ecosystems is strongly correlated with the climatic context." This is highly relevant for understanding land use and climate change on mountains but also in a world threatened by climate change: Studies at different montane elevation zones can help make more accurate predictions of how climate change will impact natural habitats and systems used by humans.

Supporting sustainable use is crucial

"Our study underpins that different drivers of global change cannot be addressed separately; the impact of land use is also influenced by the climatic situation and vice versa," says Steffan-Dewenter and he adds: "We hope that our study will contribute to a better understanding of how global environmental changes affect biodiversity and ecological functions on tropical mountains and will help to preserve these unique ecosystems in the long run."

The study was funded by the German Research Foundation (DFG). 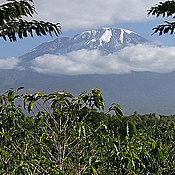 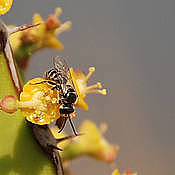