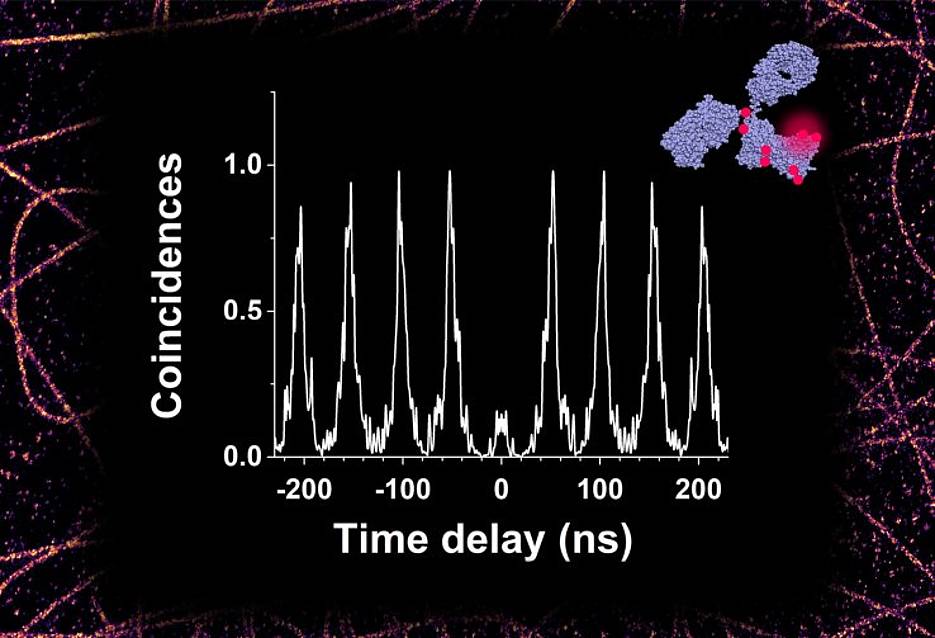 The degree of labeling (DOL) of antibodies has so far been optimized for high brightness and specific and efficient binding. The influence of the DOL on the blinking performance of antibodies used in direct stochastic optical reconstruction microscopy (dSTORM) has so far attained limited attention. Here, we investigated the spectroscopic characteristics of IgG antibodies labeled at DOLs of 1.1–8.3 with Alexa Fluor 647 (Al647) at the ensemble and single-molecule level. Multiple-Al647-labeled antibodies showed weak and strong quenching interactions in aqueous buffer but could all be used for dSTORM imaging with spatial resolutions of ∼20 nm independent of the DOL. Single-molecule fluorescence trajectories and photon antibunching experiments revealed that individual multiple-Al647-labeled antibodies show complex photophysics in aqueous buffer but behave as single emitters in photoswitching buffer independent of the DOL. We developed a model that explains the observed blinking of multiple-labeled antibodies and can be used for the development of improved fluorescent probes for dSTORM experiments.