Blockade at the Receptor

When Chlamydia attacks the human body the immune system starts its defence mechanisms. But the bacteria find a way to defend themselves. Scientists from Würzburg have deciphered new details of their strategy now. 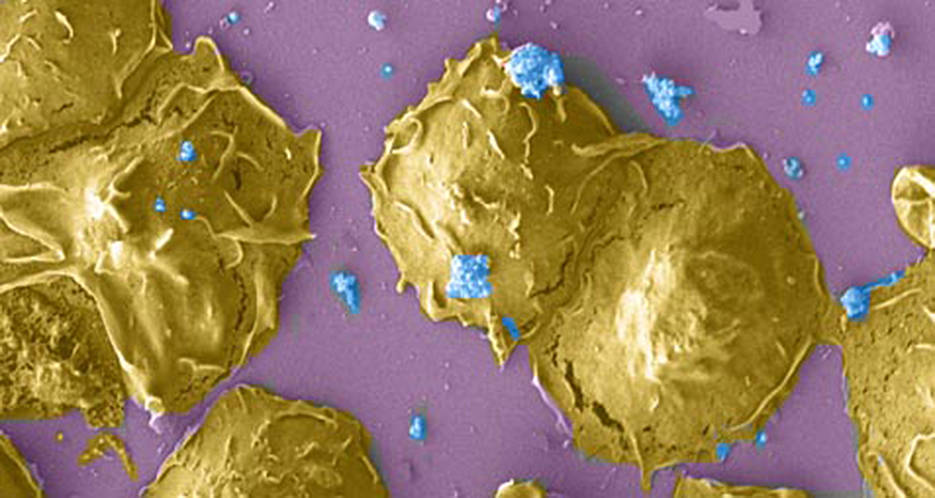 Chlamydia trachomatis is the main cause of sexually transmitted diseases. More than 131 million people are infected with this bacterium worldwide. If detected at an early stage and treated with antibiotics the infection with Chlamydia can be treated very well. However, infections with Chlamydia develop often without symptoms therefore in many cases remain unnoticed. This promotes the spread of the pathogen and increases the chance for further infections, e.g. with the HI virus or with Neisseria gonorrhoeae, the causative agent of gonorrhoea.

How does Chlamydia trachomatis accomplish to avoid the attack of the human immune system and thereby also to prevent the typical symptoms of an infection? An answer to this question is provided by a new study of scientist of the Julius-Maximilians-Universität Würzburg (JMU).

Dr. Karthika Rajeeve and Professor Thomas Rudel, head of the Chair of Microbiology, could show that the bacterium actively deactivates special cells of the immune system, so-called polymorphic nuclear leukocytes (PMNs) and for this reason secures its own survival. The results of their work are presented in the current issue of the journal Nature Microbiology.

Trying to catch pathogens with traps

The struggle between pathogen and immune system follows a defined process in humans: Special leukocytes which are part of the innate immune response become active following an infection. On the one hand they can take up pathogenic organisms and digest them. On the other hand they secrete special substances which damage bacteria in the surrounding. Thirdly, they form structures - called neutrophil extracellular traps which bind microorganisms and kill them. However, many pathogens have developed mechanisms in the course of evolution to destroy these traps for their part - as Chlamydia trachomatis can do.

“From previous studies it was already known that Chlamydia is disturbing single steps of the innate immune signal pathways. But the exact mechanism was unknown up to now”, Thomas Rudel explains. Now the scientists of the JMU succeeded to decipher vital details of these disturbances: “We could prove that free Chlamydia even in direct interaction do not activate PMNs. As soon as PMNs attack Chlamydia these cells are paralyzed and do not react to the activation by different stimuli”, Rudel says.

A protein cleaves the receptor

The researchers have identified two receptors and a special protein as main players in this battle between bacteria and immune system - the formyl peptide receptor type 1 (FPR1) and type 2 (FPR2) as well as the chlamydial protease like activating factor (CPAF). Both receptors constitute the “antennae” of the immune cells. In case they recognize a potential invader they transmit a signal to the interior of the cell and in this way initiate the immune response. Whereas FPR1 recognizes only particular peptides, FPR2 can bind broader spectrum of proteins, peptides and lipids.

Rudel and his team have now revealed how Chlamydia accomplish to prevent the activation of this process: “We have identified CPAF as the agent which blocks the innate immune response”, Rudel says. In their experiments the scientists could show that Chlamydia which could not produce CPAF could be identified and efficiently killed by immune cells without problem.

Moreover, they succeeded to identify formyl peptide receptor 2 as target of CPAF. “ FPR2 is cleaved by CPAF and removed from the surface of the immune cells” Rudel describes the main result of the new study. In contrast, the related FPR1 remains intact in infected cells and still mediates its signals. “However, these FPR1-signal pathways seem to be not activated in infected immune cells”, Karthika Rajeeve explains.

The fact that CPAF plays a crucial role in the process of infection outside of the cell holds the chance for new drugs against the pathogen in the view of the scientists. A substance that blocks CPAF could be an appropriate therapeutic agent against Chlamydia infections. For this, however, a deeper understanding of the strategies Chlamydia accomplish to paralyze the innate immune system of the host is necessary.