Concept: SMART city – a side interest of Dandekar Group  (group details) with the Bioinformatic  idea to do  something good for the environment and city development; we are actively collecting ideas and pointers but of course only time will tell how much we can really achieve here. (Deutsche Zusammenfassung – http://www.spektrum.de/alias/stadtplanung/die-smarte-stadt-der-zukunft/1142721)

Why? Our resources are consumed in such a way that even the whole world is not enough: In fact, we are consuming about 1.4 earth worth, that is how big the foot-print of mankind on the planet is (footprint calculator). Two alternative footprint calculators are accessible below. The first one is from BUND and fun to use, the second one has a more detailed questionaire and involves registration.

Best would be to simply use less, less economic growth, less consumptions; furthermore reasonable measures against global warming (e.g. drive less or at least a smaller car, no cruises, use resources prudently etc.)

This is partly an in-build mistake in our economy and our society (in particular the believe in eternal growth to solve all economic and social quarrels), but also the typical tragedy-of-the-commons (for individuals or individual states it is advantageous to get a bigger piece of the cake even if this means that soon there will be no cake at all for all further years (“tragedy of the commons”).

A good example is overfishing and the difficult EU negotiations against this (http://ec.europa.eu/fisheries/index_en.htm).

It may be possible that under drastic circumstances (“beyond the limits”, the sequel of the Club of Rome book) suddenly makind changes and becomes reasonable. “The great disruption” (Paul Gilding), becomes less materialistic, more interested in their genuine well-being, education and arts, social interactions, works less and is environmental friendly, but it is equally possible that nothing happens, prudent actions come too late and too slow.

Consequences of such a late action can be world economic crisis, growing unrest, failing states resulting war and failing states as well as global military escalation. Together with the stock-pile of nuclear weapons, the trespassing of several ecological tipping points this may lead to catastrophic consequences.

However, biology does not only teach and know how natural equilibrium in different ecosystems looks like, it can make also a number of recommendations how we can reshape technology, consumption and way of living so that both a growth in quality of life is further possible as well as the environment is better protected.

Here the key is resilience, adaptation and flexibility, self-organization and repair.

In this project we want to couple this perspective, quite strong in Würzburg both in biology as well as in the medical sciences, with the SMART city concept  to get a Würzburg-specific route to a SMART city.

The SMART city movement comes originally from MIT and computer science and features first the idea to have the same freedom of programming as in software also for the hardware, for instance the idea of very flexible printers to construct at home small and flexible tools and things (in practice however often from plastic). However, various further developments of flexible printers are possible including printing of different cell types of artificial tissues (http://www.heise.de/newsticker/meldung/Die-Amateure-uebernehmen-den-Produktionsprozess-1361100.html).

Concrete measures include a Würzburg-specific mix of actions and technology developments with the aim to protect our environment and city including resources to have a resilient, self-organized and self-supported modern, sustainable city with intelligent (SMART) use of resources, traffic, heating but also with cutting edge, modern, self-repairing and flexible technologies.

Investigation: Is Würzburg in a way for a future smart city?

A Nov 2012 report for the world bank from MPI Potsdam for climate research details why SMART solutions against climate change are dearly wanted:

Original the MIT Fablabs started the smart city movement:(http://fab.cba.mit.edu).This site supports a digital fabrication facility and global network of field fab labs managed by MIT's Center for Bits and Atoms (http://www.fabfoundation.org/fab-labs/what-is-a-fab-lab). Fab Lab is the educational outreach component of MIT’s Center for Bits and Atoms (CBA), an extension of its research into digital fabrication and computation. A Fab Lab is a technical prototyping platform for innovation and invention, providing stimulus for local entrepreneurship. A Fab Lab is also a platform for learning and innovation: a place to play, to create, to learn, to mentor, to invent. To be a Fab Lab means connecting to a global community of learners, educators, technologists, researchers, makers and innovators- -a knowledge sharing network that spans 30 countries and 24 time zones. Because all Fab Labs share common tools and processes, the program is building a global network, a distributed laboratory for research and invention.  A Fab Lab is comprised of off-the-shelf, industrial-grade fabrication and electronics tools, wrapped in open source software and programs written by researchers at MIT’s Center for Bits & Atoms.

However, there are of course also more biological movements towards this aim:

An essential topic for synthetic biologists is to understand the structure and function of biological processes and involved proteins and plan experiments accordingly. Remarkable progress has been made in recent years towards this goal. However, efforts to collect and present all information on processes and functions are still cumbersome. The database tool GoSynthetic provides a new, simple and fast way to analyse biological processes applying a hierarchical database. Four different search modes are implemented. Furthermore, protein interaction data, cross-links to organism-specific databases (17 organisms including six model organisms and their interactions), COG/KOG, GO and IntAct are warehoused. The built in connection to technical and engineering terms enables a simple switching between biological concepts and concepts from engineering, electronics and synthetic biology. The current version of GoSynthetic covers more than one million processes, proteins, COGs and GOs. It is illustrated by various application examples probing process differences and designing modifications. Database URL: gosyn.bioapps.biozentrum.uni-wuerzburg.de.

BioBrick parts are DNA sequences which conform to a restriction-enzyme assembly standard. These Lego-like building blocks are used to design and assemble synthetic biological circuits, which would then be incorporated into living cells such as Escherichia coli cells to construct new biological systems. Examples of BioBrick parts include promoters, ribosomal binding sites (RBS), coding sequences and terminators. (http://en.wikipedia.org/wiki/BioBrick)

The BioBricks Foundation (BBF) is a 501(c)(3) public-benefit organization founded in 2006 by scientists and engineers who recognized that synthetic biology had the potential to produce big impacts on people and the planet and who wanted to ensure that this emerging field would serve the public interest. Our mission is to ensure that the engineering of biology is conducted in an open and ethical manner to benefit all people and the planet. We envision a world in which scientists and engineers work together using freely available standardized biological parts that are safe, ethical, cost effective and publicly accessible to create solutions to the problems facing humanity. We envision synthetic biology as a force for good in the world. We see a future in which architecture, medicine, environmental remediation, agriculture, and other fields use synthetic biology. Young scientists are the key to this field's future successes. We believe biosecurity, biosafety, bioethics, environmental health, and sustainability must be integrated with scientific research and applied technology. We bring together engineers, scientists, attorneys, innovators, teachers, students, policymakers, and ordinary citizens to make this vision a reality (http://biobricks.org/about-foundation).

Three D printers are very flexible, the thingiverse gives an overview what these machines can all print and create (http://www.thingiverse.com)

Crowdfunding Portals to finance flexibility for new production methods are

Besides these effords towards flexible fabrication there are other points to consider for the smart city:

Networks
networks are also important to conquer the future of the smart city.
Besides flexible production networks these include:

Paul Gilding
http://paulgilding.com/
Publisher and network about Global Warming and changes in cities and societies

There are in fact already study programs to study how to develop cities
better and more sustainable, e.g.

Barcelona plan (download) for smart city (according to Helsinki 2012 workshop)

Our working group collects also results from within the university of Würzburg which improve the SMART city concept as well as results from outside which are of general interest.

Also the WWF  supports the SMART city movement, however his activities focus more on wilderness and nature resources not so much protection of city environments. However, a common interest is in environmental-friendly and resource-protecting mobility, if interested contact  viviane.raddatz@wwf.de .

University results (these stem from different activities at the university of Würzburg as indicated; we collect them here as they show how activities converge towards the SMART city topic): "Mobilitätsanalyse" (in German; report from Nov. 2011 by Prof. Dr. Jürgen Rauh and his students on mobility behaviour at the Würzburg university).

"Ergebnisse Energy Audit"   (in German; report from 2010 on concrete energy saving measures at the university, financing by the ministry is still to be negotiated, smaller measures are already implemented; furthermore environmental-friendliness "Nachhaltigkeit" is now part of the "Leitbild" of our University).

Practical examples for smart technologies to achieve smart cities:
Smart energy meters can help to save energies, here are presentations and videos on this topic: http://www.e-energy.de/de/Kongress2013.php

Motivation: Change the world - if you are not ready for change, you will be rolled over:)

1. Change for Real: The risky & chaotic Megatrends for mankind:

⇒ Technologies should be:

- each step and implementation planned and always controlled

- not „alive”, „wild”, but convenient, controlled and comfortable

4. Würzburg efforts for global challenges (divided into B and C strategies):

- „Plan B”: Transformation of society and industy into a sustainable economy,
preservation of ecosystems and resources

→ The Great Transition: Shifting from Fossil Fuels to Solar and Wind Energy

→ Plan B 3.0: Mobilizing to Save Civilization 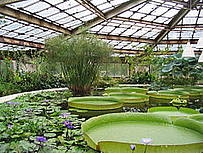 ⇒ They protect against UV irradiation and sustained winter (e.g. in Ice Land)