Our latest software from the Jimena suite (Karl and Dandekar, 2015; link) is JimenaC (C for "compare cooperative system changes").

JimenaC is generally applicable to study dynamic change and cooperative pathway activation as well as switching behavior in protein-protein networks. JimenaC and its code are optimized to model the activity changes of pathways involved in such a network, interpolating with different functions between the on and off states of the protein interaction network according to its Boolean network logic. In particular, JimenaC allows to model system change, cooperative pathway change and system control in interaction networks. Validation data are easily incorporated and can easily be compared to simulation results.

Thus, both in bacterial (B.subtilis, S.aureus) and in fungal systems (C. albicans, A. fumigatus) it proofed useful to model dynamic network responses. We study with it biofilm formation, quorum sensing in prokaryotes and infection biology, fungal growth as well as immune cell responses in fungal interactions. Finally, an important further application area extend the human cellular models to simulate and study cancer cells as well as synthetic organisms such as the oncolytic virus and the resulting system effects and cooperative pathway effects)

It is developed by the Department of Bioinformatics of the University of Würzburg and supervised by Thomas Dandekar (head of the department).

Network can be edited with yed software (URL:https://www.yworks.com/products/yed/download). 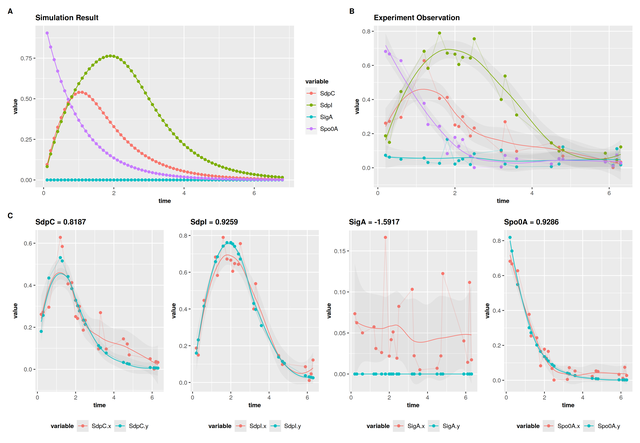 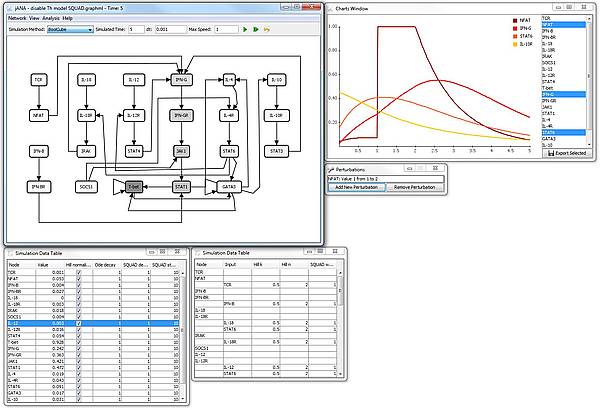